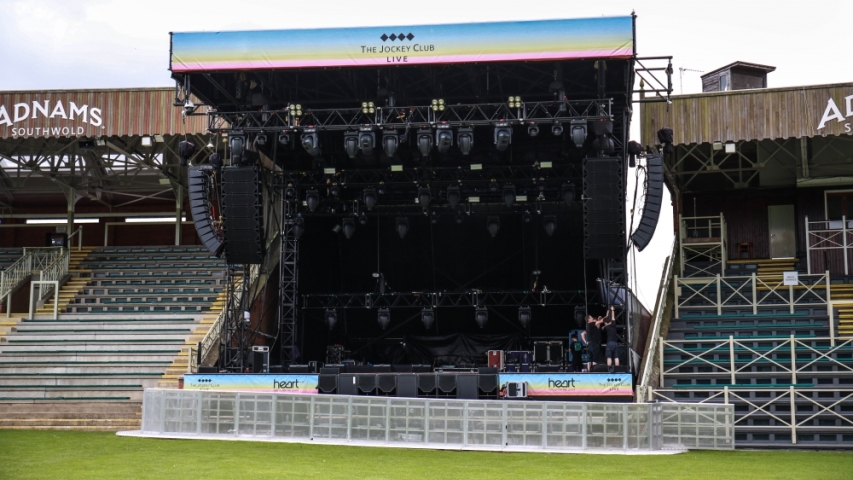 Collaborating with Serious Stages to design and install a bespoke stage to fit seamlessly between two Grade II listed grandstands at Newmarket Racecourse.

We joined forces with Serious Stages, whom we have a long standing relationship with, to provide a semi-permanent stage for Jockey Club Live events at Newmarket Racecourse.

The brief was to design and build a stage which could remain in place over the racing season, making maximum use of the available space whilst being careful not to damage the historic grandstands.

Groundworks were undertaken before the stage was put in place and concrete piles were built into the ground. This allowed for the towers to be fixed directly to the concrete, abandoning the need for extra ballast and therefore providing more space underneath the stage to be used for box storage and a band room.

In contrast to the oblong stage which usually stands in its place, the new stage is a wedge shape and much wider at the rear than the front. The stage was designed to allow for 180O views for the audience, some of whom would be situated in the grandstands either side.