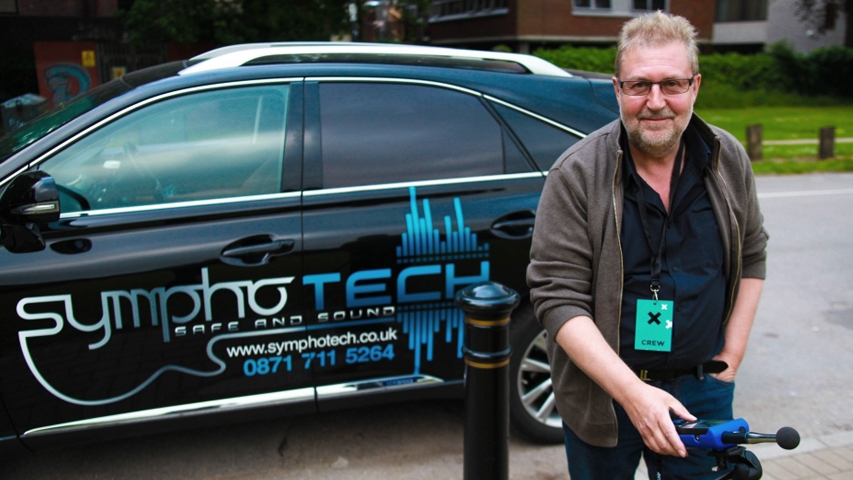 X Music Festival is Wales’ largest music festival and runs for two days across three stages. Launched in 2015, the festivals first year received a significant amount of noise complaints and the local council requested a professional noise consultancy was brought in to ensure the event met license conditions and festival noise control obligations.

The organisers and the production company, 11th Hour Events, were keen to take their responsibility seriously and brought in Symphotech to ensure noise levels didn’t affect local residents. As well as creating a noise plan for the event, Symphotech was also on site throughout the festival to monitor sound levels around the perimeter and all three stages.

Before the event, Symphotech was on-site to measure general background noise to get an idea of the base level, and sound checks were monitored to predict what the offsite and onsite sound levels were likely to be.

During the event a Symphotech engineer took continuous noise readings at all three stages throughout the day, working with the sound engineering crews to make sure the sound was kept under control. Symphotech was also given four sensitive areas around the park, which were monitored every 15 minutes, and the team fed back to the sound desks with the frequencies that were causing the problems when noise levels became too loud. Symphotech was also on hand to ensure work at noise regulations were being met, making certain that staff were being rotated and getting proper breaks and that pit crew and stage staff were wearing proper ear protection.

Symphotech’s Julian Spear comments: “The local council requested that a professional noise consultancy was brought onto site to get the events noise levels under control. Both Andy from 11th Hour Events and Rececca from Cardiff Council were aware of us as a company and what we did. They got in touch with us and asked us to create a proper noise plan, and to come on site to monitor the noise throughout the event. With this being a dance event, the actual overall noise levels are less of a problem than the sub base carrying right across the site, so we took measures to get this under control.

“Our job is to ensure everyone is happy; the sound is loud enough for the enjoyment of the attendees but it doesn’t affect the local residents. Having a sound engineering background means we are also able to work closely with the artists’ sound engineers to get frequencies under control, rather than ordering the music to be turned down, and they appreciate this. The local council shadowed us on Friday night to see how we worked, and then left us to it on Saturday, confident that we were doing a great job and the noise was under control.”

Andy Hopkins director of 11th Hour Events comments: “Julian and his team have been a great addition to X Music Festival, producing all the paper work for the local authority and being on-site to monitor noise throughout the entire event. From my point of view it’s great because all the data that Symphotech records is logged and can be sent to the organisers and the council so they can clearly see that noise regulations are being met. The council has said it was a vast improvement on last year and would certainly work with Symphotech again, feeling completely reassured that they are on site.”